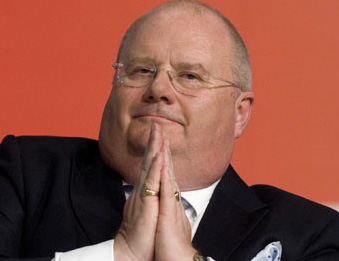 To be fair, Eric Pickles, Communities  Secretary, should not carry the blame for that plain-speaking letter to muslim clerics which has stirred up such a dust in a few quarters. The document  was almost certainly scripted for him. Pickles is known to be a kindly, moderate, and charming character, if straightforward in the great Yorkshire tradition of William Hague MP.  But why did Cameron not seize the opportunity to follow up with a visionary reply to the injured response from some of the over-sensitive clerics and spokespeople? He has missed a golden opportunity to strengthen an olive branch, by way of a deeper explanation in the guise of apology. (As a general rule, one apology is never enough, nor explicit enough!) An extra opportunity, a re-affirming letter which would carve out more clarities between alienated minorities who feel divided. Inevitably, many muslims feel under siege while in a tightening spot. The Prime Minister must swiftly pledge action on establishing a more level playing field than can yet be observed by a beleaguered minority which is suffering significantly. And comparatively silently. Muslims.

So far it is the Jewish community who have attracted most government support and media sympathy, both in Paris and London. Interviews with tearful Jewish mothers in Paris confiding piteously that they warn their schoolchildren to pretend they are not Jews.  What? Is that tremulous woman on tv screens really comparing Britain or even France with Nazi Germany or occupied France??? Her over-reaction is in itself incendiary to other minorities because it echoes a disproportionate landgrab for myth territory. If moderate Christians like this blogger would like to give certain hysterical Jews a reality shake it cannot be surprising that Muslims, too, feel marginalised, muffled, and unfairly subdued. When are muslims given similar airtime to express the fears which culturally they bottle up within their familiar, stifled and maybe stifling, communities? When did they witness on News Channels the sight of British armed police guarding their mosques against extremist thugs? The Jewish community is more articulate in highlighting their concerns, particularly because their identity as victims of persecution has been burnt indelibly into modern European consciousness. Their historic sufferings are available for study as part of the school curriculum. Since the Nazi holocaust, Jews have held onto a special protection status, virtually as their moral entitlement. But double standards will not further the well-being of any vulnerable groups, whatever their grievances.

So it is with the standard clarification that not all anti-Zionists are anti-semitic that we now continue to pursue, controversially, the argument of this article. To a fair-minded British observer it seems that it is no longer the Jewish community who have a major claim on our sympathy. Highly articulate and well-adapted to modern mores, they have not been as marginalised as the Muslims who are bearing the brunt of their own enemies within. Yes, Muslims have mountains to climb in rooting out entrenched defects far more complex than can be fully appreciated by the casual westerner. Many Muslim leaders have already made a brave start on a major cultural shift which in due course will harmonise their civilised majority with the subtle British psyche. They have much in their special gift to contribute to an evolving British, and western culture. Meanwhile, they can be forgiven for their perception that they are being “spoken to differently”. Literally. Where is the open letter to Jews asking them to deal with their grotesquely institutionalised extremists, the fascists who have been persecuting Muslims and other dissidents in crippled Gaza?

At the heart of any such courageous cultural moves towards communal understanding is the principle of confession and apology. PM Cameron could set an example by stepping forward with his own apology for unintended insensitivity. He must confess any unintended blunder with clear civility. It’s cultural !  Sheykh Ibrahim Mogra complains to Lord Ahmad, Communities minister, to the effect that their leaders expect the simple good manners of being addressed as equals, not patronised, in the campaign against extremism. The government open letter has, paternalistically,  presented an open goal for defensively vulnerable muslims who want extra support from Whitehall. Their struggle with internal demons threaten their own communities more than any other. Mogra, dignified and courteous, calls for nothing less, it seems, than a family-style partnership with government. Personal consultation is vital, he explains patiently and graciously.

Our disparate minorities, for different reasons, are licking their wounds. Recognition for every single step of their good efforts towards healing will support a more confident future based on a principle of fairness: in addition to the British safety net of equality under the law.

So now can we look forward to an open letter to Jewish leaders urging Israel make amends for Gaza?

In order to be loved, it behoves Jews, Arabs and Christians to become lovable. Never too late! 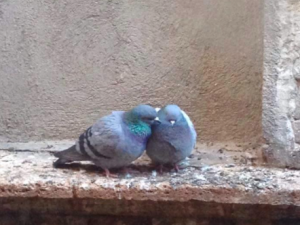 To avoid further misrepresentations, here is is the full text of the letter:

We have recently seen terrible atrocities committed in Paris. Finding the right response to these events is a challenge for everyone. The hijacking of a great faith to justify such heinous crimes sickens us all. As Muslims around the world have made clear, such actions are an affront to Islam.

And yet, amid the carnage, came a sign of hope – over three million people of all backgrounds marching to defeat the gunmen and to protect our values: free speech, the rule of law, and democracy.

We are proud of the reaction of British communities to this attack. Muslims from across the country have spoken out to say: not in our name.

We must show them the multitude of statements of condemnation from British Muslims; show them these men of hate have no place in our mosques or any place of worship, and that they do not speak for Muslims in Britain or anywhere in the world.

Let us assure you that the Government will do all we can to defeat the voices of division, but ultimately the challenges of integration and radicalisation cannot be solved from Whitehall alone. Strong community-based leadership at a local level is needed.

You, as faith leaders, are in a unique position in our society. You have a precious opportunity, and an important responsibility: in explaining and demonstrating how faith in Islam can be part of British identity. We believe together we have an opportunity to demonstrate the true nature of British Islam today.

There is a need to lay out more clearly than ever before what being a British Muslim means today: proud of your faith and proud of your country.

We know that acts of extremism are not representative of Islam; but we need to show what is.

British values are Muslim values. Like all faiths, Islam and its message of peace and unity makes our country a better and stronger place, and Britain would be diminished without its strong Muslim communities.

We would also like to reassure you that in recent days we have met with police chiefs to make sure they are providing the support that mosques need, a concern that some of you have expressed in our recent discussions.

We have also met with the Anti-Muslim Hatred Working Group to hear their concerns about responses to the recent attacks and what more can be done.

Anyone experiencing violence should report it to the police online on the True Vision website or to TELL MAMA, a service to provide support specifically to Muslim victims of hatred.

The vitriol espoused by the thugs of the English Defence League and Britain First is just as much an affront to British values as the teachings of preachers of hate.

For organisations experiencing problems with such preachers, information about free legal advice is available from LawWorks at http://www.lawworks.org.uk/community-groups or the Bar Pro Bono Unit at http://www.barprobono.org.uk, and the Charity Commission has published a toolkit for charity leaders to help protect their organisations from abuse by extremists. This toolkit is available at http://bit.ly/1xTTH2W.

We welcome your thoughts, ideas and initiatives on how to ensure that Islam’s true message of peace triumphs over those who seek to divide our communities.

Thank you for all the positive work you are doing, and we look forward to working with you further. We continue to appreciate all your insights. Please feel free to contact our team at integration@communities.gsi.gov.uk. We look forward to hearing from you.

Parliamentary Under Secretary of State Department for Communities and Local Government”