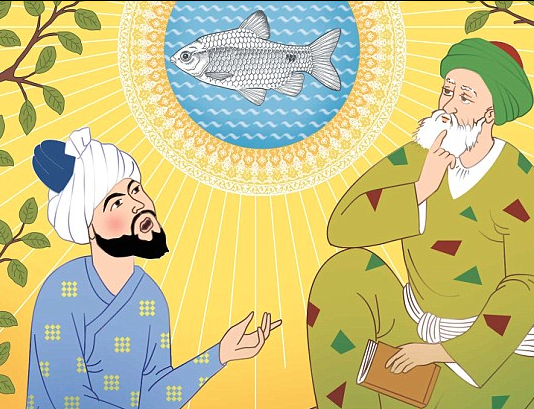 “The Salafists in Egypt and Libya, as well as the Taliban in Pakistan, have all persecuted Sufi communities, branding them heretics. But Sufism is an integral and ancient part of Islam, and some studies suggest it even predates Muhammad, and emerged in Khorasan in what is today Iran as a result of Christian, Hinduism, Buddhism and Greek philosophical thinking, along with shamanistic influences from Central Asia.

Sufis say that while their religion is embedded within Islam, its purpose is the same as all the great monotheistic faiths: union with God. The only way to achieve this is through unconditional love for everything and everybody. Ibn Arabi, the Sufi mystical poet who lived in Spain in the 12th century, wrote: “My heart can adapt to all forms. It is pasture for gazelles. And a monastery for Christian monks, and a temple for idols, and the Kaaba of the pilgrims, and the tables of the Torah, and the book of the Koran. Because I follow the religion of love.”