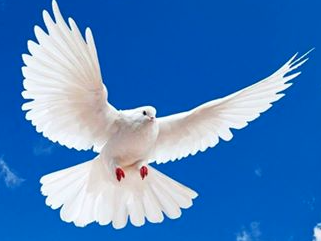 The following article could usefully be digested in the context of the political mischief-making which has assumed a novel character since the House of Commons was deluged by 2015’s freak intake of Scottish Nationalists. The majority of these newly arrived MPs have fire in their bellies for fights with the “auld” English enemy, exquisitely  served up to them in the form of  governing Tories, which will undermine normal business at every juncture of progress. It is their declared intention to undermine and defeat as many bills as they can gang up against, regardless of the responsibilities of an elected parliament to perform vital duties. Along with the idealogical iconoclasm, many valuable reforms will be ground to useless dust beneath mean and heedless Scottish heels.

Scottish trouble-making MPs are right to say that outsiders should not “just bomb a country and move on”. That is a lesson already sorely learned, but too easy for onlookers with hindsight to fulminate over. Each military intervention brings special circumstances, and, in the case of Libya, Cameron made the courageous decision that UK bombing was not only right but also do-able. Was the particular collapse of Libya, subsequently, a factor which was predictable? Or did the UK place faith in the Libyan people’s preparedness to take over from Gadaffi which proved fatally naive and ill-founded? Is the chilling lesson that unless intervention can bring with it a certainty of successful aftermath, UK should never come to the aid of another country? It has not been in our history to stand idly by and turn deaf ears. But, post Iraq, there are increasing constraints upon action, as history is perceived through increasing layers of disastrous consequences.

Did UK ever agree to assume the responsibility of shouldering Libya after helping to free her from Gadafi? Was the deal ever: “Liberation + Unquantifiable ReBuild”? In future interventions any such dual-role package must be made clear from the start before “blood and treasure” is committed to foreign struggles. Military action is always obscenely  more expensive than aid, but £25 million is not a bad start. We should enquire of the Ambassador to Libya what other forms of support UK is providing, which is less visible. UK is also pouring vast sums into Syrian refugees in camps which would be inhuman crime -scenes without aid and expertise. Nepal needs a rebuild after a natural disaster etc etc. The new age of migration points its sea of humanity squarely at Britain’s shores.
Arguably, UK must appreciate than in future any military action carries with it a “duty of care” to the country where UK has committed military support. That duty might be open-ended, which poses the problem of when to cease support in the belief that new regimes are capable of self-governance. That fine judgement presents new dilemmas regarding the dignity, sanctity even, of any new government’s sovereignty. Amidst all these sensitive issues, the one resource which we can all rely upon is the goodwill of nations who attempt to help each other in these dangerous times. Scottish Nationalists are in their element stirring up dust for Cameron, so helping to build peaceful understandings between nations is not the prize they have in their eager, narrow, gimlet sights.

With thanks to Middle East Eye:

The House of Commons has revealed that the UK spent just £25mn on stabilisation projects in Libya after the 2011 NATO intervention.
The United Kingdom spent nearly 13 times as much money bombing Libya to remove Muammar Gaddafi as it contributed to rebuilding the country after the 2011 NATO intervention, new documents released in London have revealed.

The House of Commons library files state that the total cost of the seven-month long 2011 military campaign in Libya cost £320mn. After the bombing ended almost four years ago the UK gave just £25mn to Libyan authorities for stabilisation projects, while some £15mn was separately spent on humanitarian aid.

The UK joined the NATO coalition in 2011 to implement a no-fly zone set out by a United Nations resolution. The international intervention saw British warplanes and helicopters strike military targets belonging to then leader Gaddafi, who was eventually unseated and killed by rebel groups backed by the international coalition.

The cost of bombing Libya has been a secret closely guarded by the UK government. Chancellor George Osborne has previously said the operation cost “tens of millions”. The Ministry of Defence said it was £212mn. Defence analysts have even estimated it may have cost nearly £1bn.

But the newly published House of Commons documents state the full bill was £320mn. This included some £50mn that was required to buy replacement ammunition used in the intervention.

Once the intervention was over through the UK gave £25mn to assist in stabilisation between 2011 and 2013 through the Arab Partnership.

Members of the Scottish National Party, which reported the release of new documents, said the disparity between spending on military action and stabilisation in Libya was “alarming”.

“Spending £320m on a bombing campaign and £25mn to help restore the country is one reason perhaps that we have a failed state in Libya,” SNP foreign affairs spokesperson Alex Salmond MP told the BBC on Sunday.

“These figures are eye-watering,” said fellow SNP MP Stephen Gethins. “The lessons of Libya, like Iraq, is that you cannot just bomb somewhere and move on.”

Since Gaddafi was removed as Libya’s leader the country has descended into a brutal civil conflict. Rival tribes, cities, militias, and even parliaments are all now competing for control of a country that possesses Africa’s largest oil reserves.

The Islamic State group has recently gained a foothold in the country, which has prompted UK Prime Minister David Cameron to state further military action is an option in Libya.

“If there is a threat to Britain or to our people or our streets and we can stop it by taking immediate action against that threat, then I as Prime Minister will always want to try to take that action and that’s the case whether that problem is emanating from Libya, from Syria, or anywhere else,” he said on Monday, while on a trip to Indonesia.

Cameron emphasised that in Libya the problem remains that there has not been a government that has been “able to deliver,” and he added that this was the reason he has provided training for Libyan military personnel.

The UK’s plans to train Libya troops have not been without its problems, however, after a scheme was cancelled in November lawhen nearly 300 Libyans were returned home from Oxfordshire for “completely unacceptable” behaviour.

Two of the Libyan cadets were charged with raping a man and two others admitted a sexual assault. Others were seen by local residents leaving the military base housing them and going to buy alcohol in local shops.
– See more here