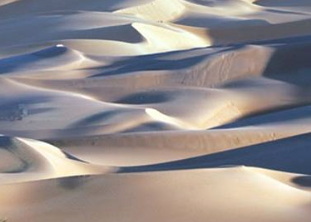 With thanks to The Washington Post for this excerpt from Ishaan Tharoor’s article:

When the West wanted Islam to curb Christian extremism.

“…It was ideological, a clash of civilizations. After all, beginning with the Catherine the Great in the late 18th century, the Russians had framed their own conquests in religious terms: to reclaim Istanbul, once the center of Orthodox Christianity, and, as one of her favorite court poets put it, “advance through a Crusade” to the Holy Lands and “purify the river Jordan.”

That sort of Christian zeal won little sympathy among other non-Orthodox Christians. Jerusalem in the 19th century was still the site of acrimonious street battles between Christian sects, policed by the exasperated Ottomans. Russian Orthodox proselytizing of Catholics in Poland infuriated European Catholic nations further west, such as France.

Baron Ponsonby, the British ambassador to Istanbul for much of the 1830s, decided the job of thwarting Russian expansionism was a “Holy Cause.” An article in the “British and Foreign Review” pamphlet, circulated in Britain in 1836, saw the Ottomans as “the only bulwark of Europe against Muscovy, of civilization against barbarism.” Russia represented, in some accounts, a backward, superstitious society where peasants still labored in semi-slavery and monarchs ruled as tyrants, unchallenged by parliaments and liberal sentiment. The Ottomans, who were embarking on their own process of reform, looked favorable in comparison.

David Urquhart, an enterprising agent who served a spell with Ponsonby in Istanbul, became one of the most energetic champions of the Ottoman cause and Islamic culture in British policy circles. His writings on the threat of Russia shaped the opinions of many in Britain at the time, including a certain Karl Marx. And Urquhart’s time spent among the tribes of the northern Caucasus set the stage for decades of romantic European idealizing of the rugged Muslim fighters in Russia’s shadow.

Urquhart returned from his travels in Turkey and elsewhere convinced that the Ottoman lifestyle was better for one’s health. “If London were [Muslim],” he wrote, “the population would bathe regularly, have a better-dressed dinner for [its] money, and prefer water to wine or brandy, gin or beer.” He would later launch a largely unsuccessful movement to bring the culture of Turkish baths to the cold damp of Victorian Britain.

Casting his eye to the territories the Ottomans controlled, Urquhart praised the empire’s rule over a host of Christian communities and other sects — for example, the warring Druze and Maronites in the Levant, or feuding Greek Orthodox and Armenians. In a passage cited by the historian Orlando Figes in his excellent history of the Crimean War, Urquhart credits Islam under the Ottomans as a specifically “tolerant, moderating force”:

What traveler has not observed the fanaticism, the antipathy of all these [Christian] sects – their hostility to each other? Who has traced their actual repose to the toleration of Islamism? Islamism, calm, absorbed, without spirit of dogma, or views of proselytism, imposes at present on the other creeds the reserve and silence which characterize itself. But let this moderator be removed, and the humble professions now confined to the sanctuary would be proclaimed in the court and the military camp; political power and political enmity would combine with religious domination and religious animosity; the empire would be deluged in blood, until a nervous arm – the arm of Russia – appears to restore harmony, by despotism.

Flash forward to 2014, and the conversation has curiously flipped: Pundits bluster about the centuries-old war between Sunnis and Shiites. Christians are a persecuted, beleaguered people in the Middle East. Without ruthless strongmen aligned with the West, we’re told, the Muslim world would descend into a chaotic bloodbath where terrorist organizations would gain sway.

The history lesson above is not meant to denigrate the Russians and praise the Ottomans, an empire that was guilty of many of its own misdeeds and slaughters. Urquhart himself had plenty of detractors and opponents back home, particularly those who wanted Britain to be less openly antagonistic toward Russia. (Russia, the Ottoman Empire, Britain and France eventually engaged in the largely pointless and very bloody Crimean War in the 1850s.)

But it goes to show how much the politics of an era shape its conversation about cultures and peoples. That’s no less true now than it was almost two centuries ago.”

(Ishaan Tharoor writes about foreign affairs for The Washington Post. He previously was a senior editor at TIME, based first in Hong Kong and later in New York.)